Each Raga has got certain effects on a human body. This has been found out with time consuming experiments and observation. But to use these ragas for the maladies mensioned below, it needs certain pre-conditions. The list shown below is only for a broad understanding of this.Only an experienced Music Therapist can use this to produce the desired effects.

Saint Thyagaraja has enriched Carnatic music with more than 700 compositions. These precious compositions deals with all subjects that reflect in the social life of 19th century & most of the situations being dealt with in these compositions are still relevant. These compositions were made with astonishingly beautiful Ragabhavas with its rich variety and texture of the Ragas at the same time strictly adhering to the classical purity & style. Among these 700 compositions, Pancharatna Krithees stand apart as 5 gems as their common name denotes. They are a class apart in the structure of the composition and the serious & most intelligent manner in which they have been composed. The detailed and astonishing musical intelligence & vision used in composing them, will keep us spellbound. The cadences of notes used for each raga uses the optimum potentiality of the Raga. Due to all these and several other literary, musical & philosophical reasons Pancharatna Krithees are so unique in every way.

Pancharatna means 5 jewels. These 5 krithees are also called ‘Ghanaraga Panchakam”. All the 5 ragas used in these Krithees are Ghana ragas (Ragas which have depth & serious kind of nature in structure & exposition. Detailed improvisations are possible with these ragas). They are being presented according to a particular order. These composions are having a special structure. After a Pallavi & Anupallavi with certain variations, comes a series of Charanams. These charanams are created with a marvellous vision incorporating the subtle nuances of ragabhavas. The structure of the Charanams are composed with dynamic vision & intelligence using the full potentiality of the Raga. The sahitya of these Charanams are superb and composed with great vision. They merge with the notation part in a most brilliant and musically rich way. Sometimes the learner will get confused in some parts how it merges with the notation. But when it is studied properly, they will come to know that the sahitha part gets matched with the notation in an astonishingly precise and musical way. All the 5 compositions do perfectly belong to this same style. Let us have a close look to these five gems: 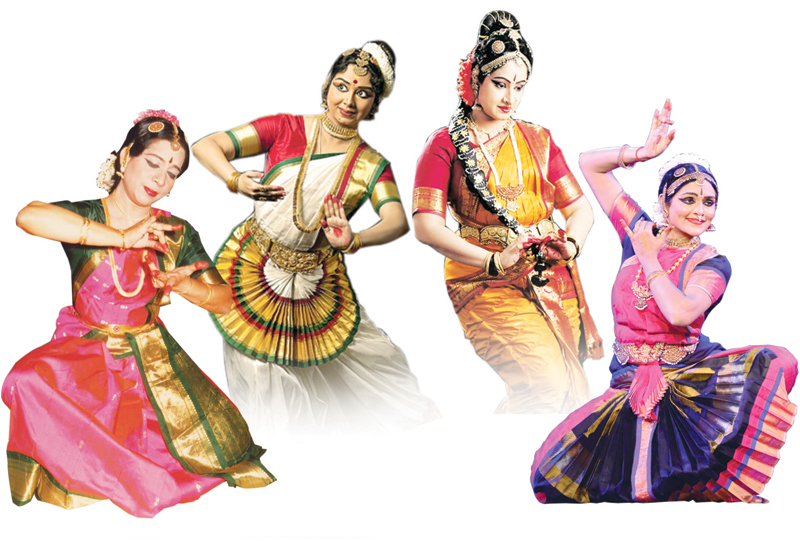